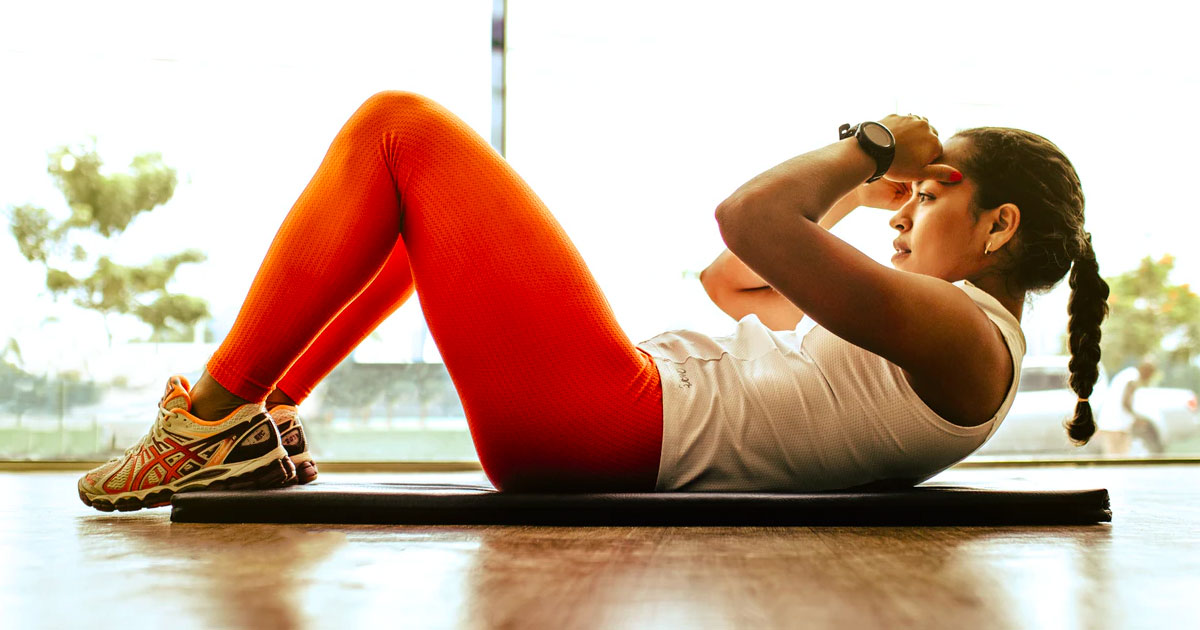 For individuals participating in sport, it is widely understood that the volumes and intensity of training should be increased gradually over time. This helps to reduce the risk of developing overuse-related injuries, while building fitness and muscular capacity to match the progressively increasing demands of gameplay.

It has been estimated that 60% of all running-related injuries can be attributed to training errors – increasing training volumes too rapidly or sometimes, under-training (Hreljac, 2005). Similarly, this relationship between inappropriate training loads and injury can be seen across many other sports, in particular field and court sports. This is due to the high volumes and intensities of running, jumping, landing and change of direction required.

Accordingly, when returning to sport after an extended break such as COVID-19, it is critical to understand how to create an appropriate exercise regime for you as an individual. This means firstly understanding what load is and the impact it has on the body.

According to an international Olympic committee consensus statement, load can be described as,

“…the sport and non-sport burden (physiological, psychological or mechanical stressors) as a stimulus that is applied to a human biological system…” (Soligard et al., 2016)

Simply put, overall load is the sum of all the stresses, whether it be physical or mental, that are placed on the body during an activity. For example, the load of a basketball match places physical stress on the body in the form of muscular and aerobic effort, as well as psychological stress in having to make consecutive fast-paced decisions.

The way load interacts with our body is compounding – there needs to be enough time for our body to acclimatise to the stressors placed on the body before it is ready to take on further demands. In essence, the body is able to tolerate what it is accustomed to, and in the unique situation that is the COVID-19 lockdown period, many of us have become accustomed to lower levels of physical activity. Therefore, as we return to sport, time must be dedicated for the body to re-adapt to demands of our given sports once again.

Why Pre-Season training is important

Research has consistently shown that completing a full pre-season of training is one of the most reliable ways to reduce the risk of injury during a sporting season. In one particular study of Australian track and field sprinters, it was highlighted that those that completed 80% of planned training weeks were 7x more likely to achieve training goals. Additionally, as the majority of injuries were seen within the first month of commencing a pre-season program, this study indicates that the initial pre-season period is the most critical to an athlete’s longevity (Raysmith & Drew, 2016). 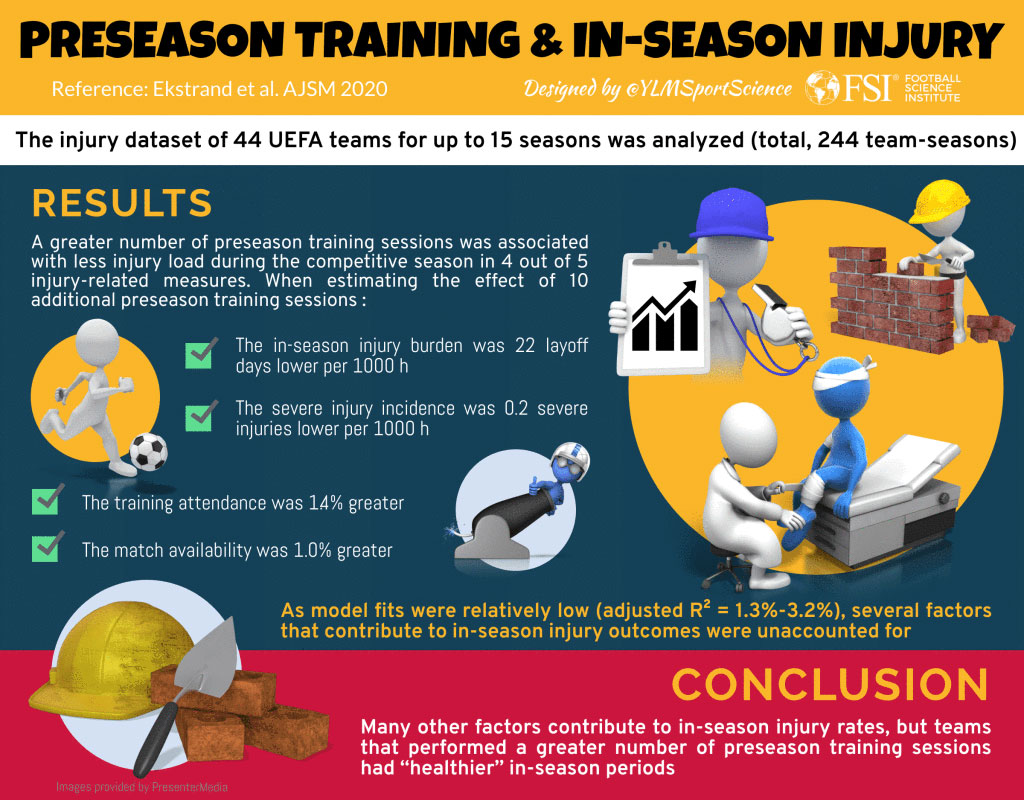 Strategies to reduce Injury Risk and Return to Sport Safely

Some strategies to reduce the risk of these injuries in the resumption of sport include the following: 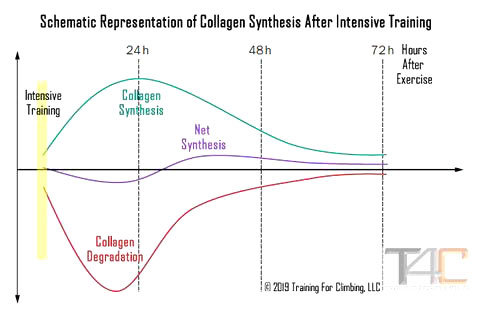 Graph 1 – Representation of the load and breakdown placed upon tendons with net synthesis and breakdown reaching equilibrium levels approx. 48 hours after training periods

2. Prioritise strength training
Strength training increases the ability of the tissues in our body to tolerate load from sport and everyday life activities. The impacts of strength training on injuries has been extensively research, with many studies suggesting it is the number one tool to be used in reducing injury risk.

3. Sleep is key
Sleep is an often-overlooked factor in recovery from all the training and load stimulus applied to the body. There have been many studies into the effect of sleep on performance and injury risk, and the current guidelines recommend at least 8 hours of sleep per night. Less than 6hrs sleep per night has been showed to dramatically increase injury risk. 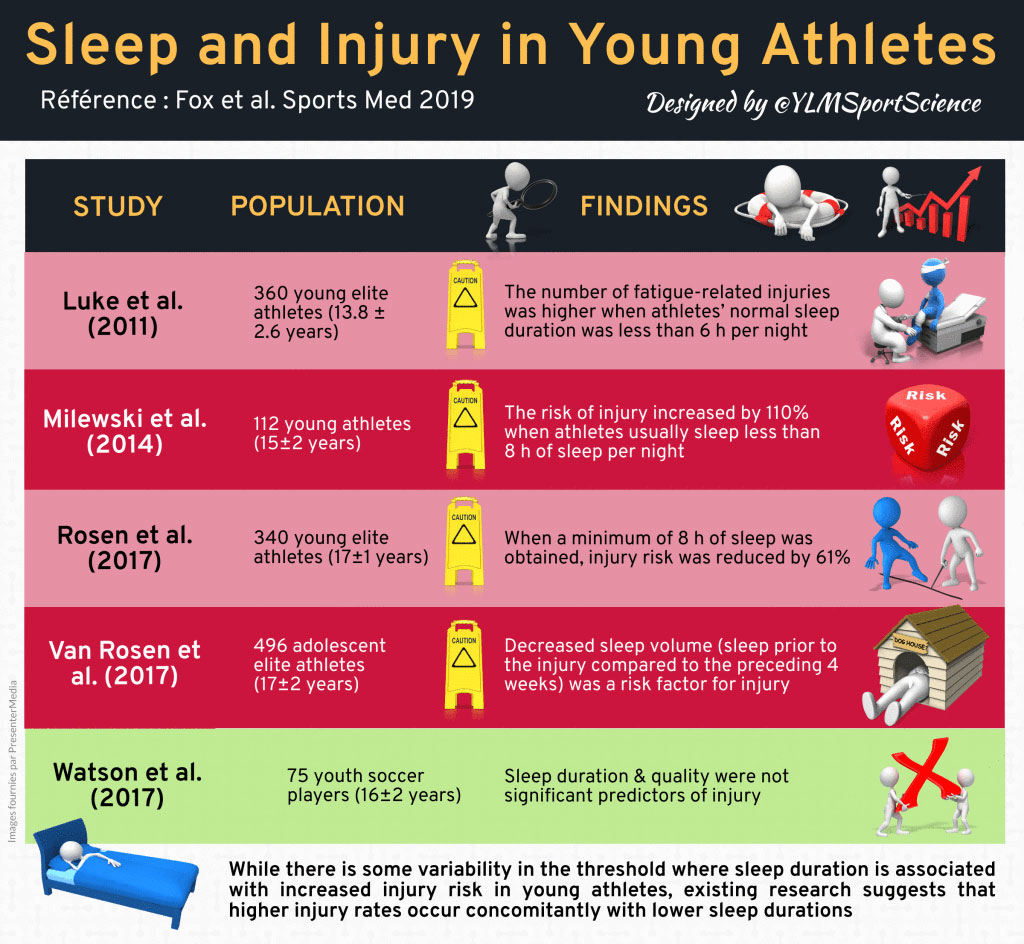 4. Address injuries early and self-monitor symptoms
Depending on the type of injury you sustain, early assessment and intervention by a Health Practitioner may be critical for successful outcomes later. Furthermore, modified training loads may be a vital part of recovery, and helping facilitate healing. In this case, being able to monitor for signs of symptoms allows an individual to alter a training regime to respect the natural healing of an injury.

Commonly this involves taking note of pain or symptoms at certain time points or in correspondence to specific activities. For example:

With the return to sport, there will undoubtedly be an increased risk of injury – regardless of how well you can prepare, placing yourself in the chaotic environment of match play always carries risks. In saying that, there are strategies that you can put in place, as well as signs to watch out for, that can both reduce your risk of injury and catch an impending injury.

If you’re returning to sport after an extended break or are experiencing pain or discomfort in training, please give Spectrum Healthcare a call on (02) 9889 3344 or book an appointment online.